WHEN HE IS SILENT ( A short, inspiring piece) - The Scribe Eunice
Skip to content 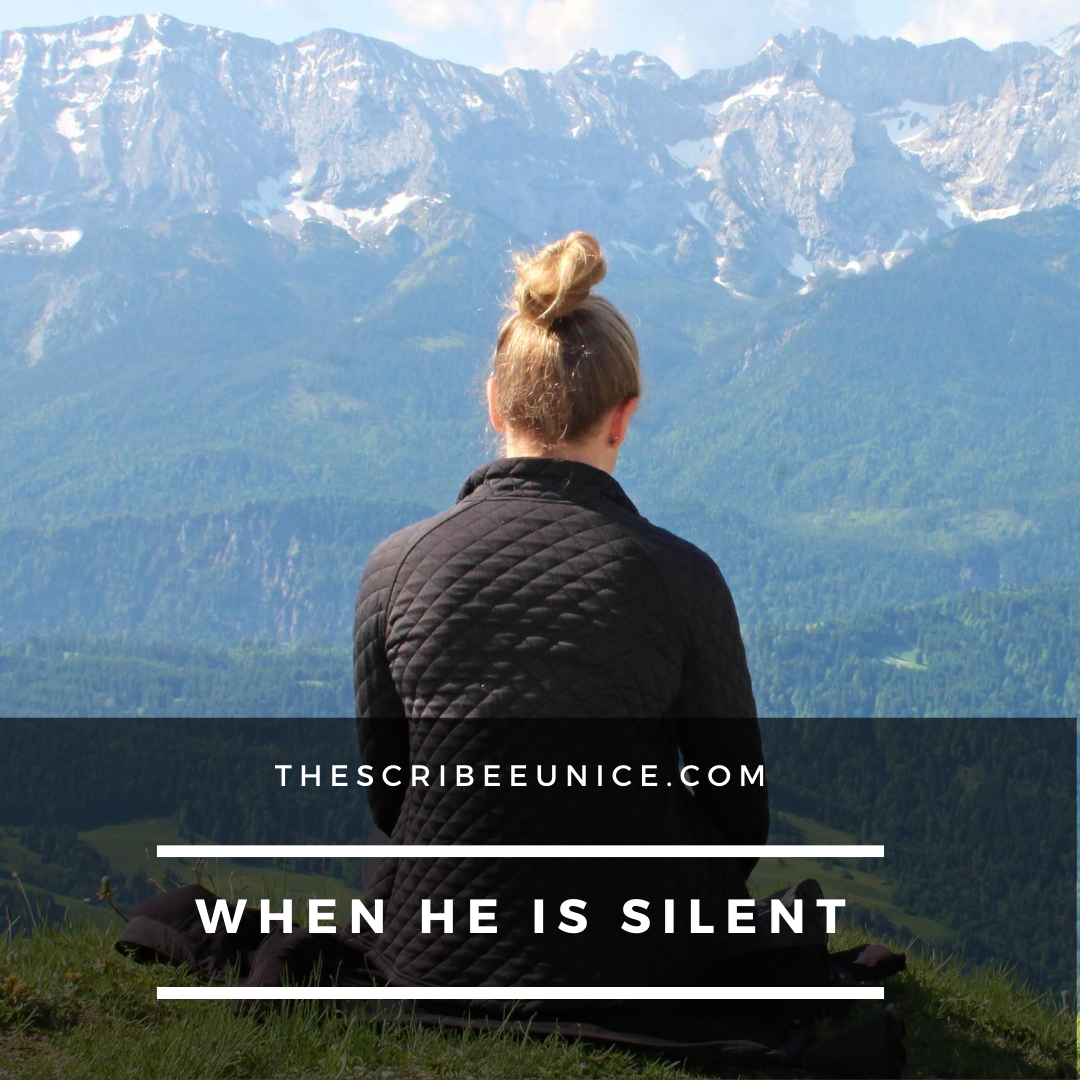 ARTICLE10 Comments on WHEN HE IS SILENT ( A short, inspiring piece)

WHEN HE IS SILENT

‘’When God is silent, He still speaks!’’

I heard the quote from a video clip that I watched not quite long. The quote reminds me of Brother Job. Job was a great man of God. He was a perfect man, blameless and upright in the sight of God. He was afflicted by the Devil so as to test his faith in God. God permitted the Devil to try his dearly beloved son because He knew that after he was tested and proven, he would enter into his glory.

During the period of job’s trials and afflictions, God was silent. He was watching his son in pain. God’s silence to Job’s groaning didn’t push Job to offend God. His faith in God grew. When his wife and friends told him to deny God and curse him, he rebuked them because He knew that God was still speaking to him though all he saw were pains, trials and afflictions. It was the same God that seemed silent that later delivered Job and restored all that he had lost in many folds.

From Job’s life we can learn that no matter what we might be passing through, God knows about it. He could be silent, but in His silence there is still something that we can learn. God loves us more than we can imagine, He wants to see how far you and I can go in this journey of faith, that’s why we face lots of tribulations as Christians. It may look like God haS abandoned us but He hasn’t. Every trials is peculiar to every Christians and God, the greatest time-keeper has the perfect timing for our lives. He knows what He wants us to learn from those trials, He knows how He is going to bring us out of it. Most importantly, trials are in our lives to strengthen our faith in God.

May God help us to listen whenever He speaks to us and not to focus our attention on trials and tribulations but in His words in Jesus name. Amen!

Leave your views in the comments. God bless you!

10 Replies to “WHEN HE IS SILENT ( A short, inspiring piece)”